In Mosa Mack’s Sun-Earth System unit, students are led through a progression of three inquiry lessons that focuses on how the tilt of the Earth and its rotation around the sun affects sunlight and heating of different regions. In the Make Extension, students conduct experiments to determine the role of gravity in the solar system. 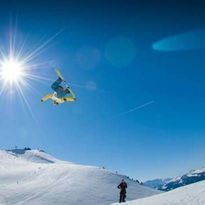 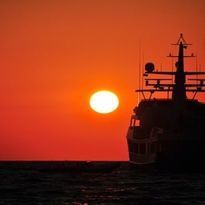 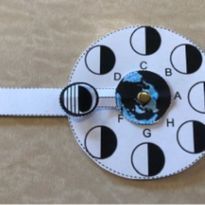 Gravity in the Solar System 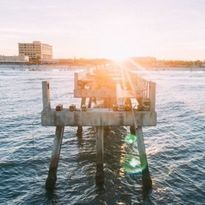 Students contextualize Sun-Earth System vocabulary in a mind map before helping Mosa Mack solve the mystery of why Neve’s snowboard vacation in New Zealand is foiled by mysteriously summery weather. By the end of The Solve,students discover that seasons differ across the globe because of the tilt of the Earth and the angle at which the Sun hits the Earth. (75 mins)

Students conduct three investigations about light and heat dispersion that demonstrate it is 1. the angle at which the sun’s rays hit the earth and 2. the earth’s orbital position around the sun that causes seasons. (145 mins)

Students discover the scale of planet diameter and their distance from the sun, then design a planet amusement park based on an accurate scale distance.

5-ESS1-2
Represent data in graphical displays to reveal patterns of daily changes in length and direction of shadows, day and night, and the seasonal appearance of some stars in the night sky. [Clarification Statement: Examples of patterns could include the position and motion of Earth with respect to the sun and selected stars that are visible only in particular months.] [Assessment Boundary: Assessment does not include causes of seasons.]
MS-ESS1-1
Develop and use a model of the Earth sun moon system to describe the cyclic patterns of lunar phases, eclipses of the sun and moon, and seasons. [Clarification Statement: Examples of models can be physical, graphical, or conceptual.]
MS-ESS1-2
Develop and use a model to describe the role of gravity in the motions within galaxies and the solar system. [Clarification Statement: Emphasis for the model is on gravity as the force that holds together the solar system and Milky Way galaxy and controls orbital motions within them. Examples of models can be physical (such as the analogy of distance along a football field or computer visualizations of elliptical orbits) or conceptual (such as mathematical proportions relative to the size of familiar objects such as students' school or state).] [Assessment Boundary: Assessment does not include Kepler’s Laws of orbital motion or the apparent retrograde motion of the planets as viewed from Earth.]