In Mosa Mack’s Oceans and Climate unit, students are led through a progression of three inquiry lessons that focus on the effects of changes in latitude, temperature, wind, the Coriolis effect, and density on regional climate. 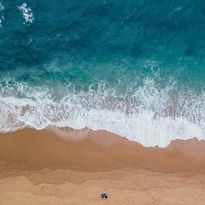 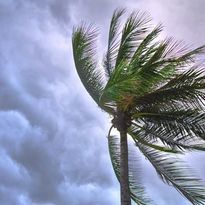 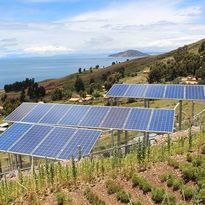 Students work together to complete an Oceans and Climate Vocabulary Mind Map before helping Mosa Mack solve the mystery of the missing gnome lost at sea. By the end of The Solve, students discover that earth’s rotation, wind, land, and density impact ocean currents. (75 mins)

Students determine whether it’s possible for two cities at the same latitude to have different climates. Over the course of multiple days, students will investigate the impact that latitude, ocean currents, heat, and geography have on a region’s climate. They will use evidence from their investigations to support their findings. (six 40-minute class periods)

Students develop and design a device capable of harnessing energy from the ocean. (250 mins)

MS-ESS2-6
Develop and use a model to describe how unequal heating and rotation of the Earth cause patterns of atmospheric and oceanic circulation that determine regional climates. [Clarification Statement: Emphasis is on how patterns vary by latitude, altitude, and geographic land distribution. Emphasis of atmospheric circulation is on the sunlight driven latitudinal banding, the Coriolis effect, and resulting prevailing winds; emphasis of ocean circulation is on the transfer of heat by the global ocean convection cycle, which is constrained by the Coriolis effect and the outlines of continents. Examples of models can be diagrams, maps and globes, or digital representations.] [Assessment Boundary: Assessment does not include the dynamics of the Coriolis effect.]