All Units
Matter and its Interactions
Unit Overview

In Mosa Mack's Matter and Its Interactions unit, students progress through three inquiry-based lessons that focus on defining matter, understanding the states of matter, exploring physical properties and chemical changes. 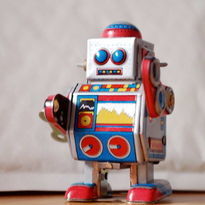 Get to the Bottom of a Toy's Matter Scam 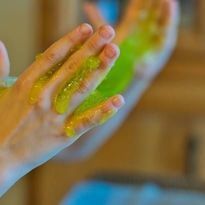 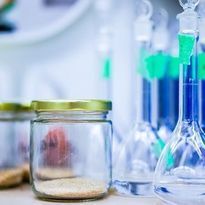 Students work together to complete a Matter and Its Interactions Vocabulary Mind Map before helping Felix and JoJo solve the mystery of the missing Ralf - the world's first slime bot. By the end of The Solve, students will discover that it's not magic causing Ralf Snax to turn into slime - but a simple chemical reaction. (40-75 mins)

Students determine which mystery matter they have received from a Mars mission by executing multiple physical properties tests. Over the course of multiple days, students will investigate the following physical properties; color, electrical conductivity, magnetism and solubility. They will use evidence from their investigations to support their findings. (200 minutes)

Students will work to separate a mixture and use physical properties to identify each component of the mixture. (250 mins)

5-PS1-1
Develop a model to describe that matter is made of particles too small to be seen. [Clarification Statement: Examples of evidence supporting a model could include adding air to expand a basketball, compressing air in a syringe, dissolving sugar in water, and evaporating salt water.] [Assessment Boundary: Assessment does not include the atomic scale mechanism of evaporation and condensation or defining the unseen particles.]
5-PS1-2
Measure and graph quantities to provide evidence that regardless of the type of change that occurs when heating, cooling, or mixing substances, the total weight of matter is conserved. [Clarification Statement: Examples of reactions or changes could include phase changes, dissolving, and mixing that form new substances.] [Assessment Boundary: Assessment does not include distinguishing mass and weight.]
5-PS1-3
Make observations and measurements to identify materials based on their properties. [Clarification Statement: Examples of materials to be identified could include baking soda and other powders, metals, minerals, and liquids. Examples of properties could include color, hardness, reflectivity, electrical conductivity, thermal conductivity, response to magnetic forces, and solubility; density is not intended as an identifiable property.] [Assessment Boundary: Assessment does not include density or distinguishing mass and weight.]
5-PS1-4
Conduct an investigation to determine whether the mixing of two or more substances results in new substances.