In Mosa Mack’s Potential and Kinetic Energy unit, students are led through a progression of three inquiry lessons that focus on the relationship between mass, potential energy, and kinetic energy, tested through experiments and models. 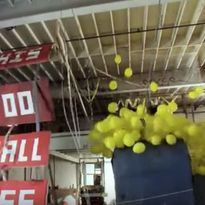 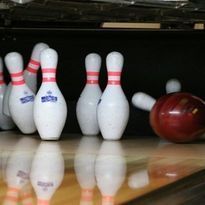 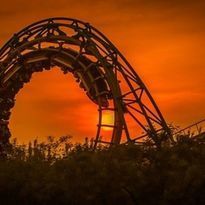 There are two options for The Solve! Choose to have your students solve either a live video mystery on how potential and kinetic energy can drive a Rube Goldberg machine in a music video or an animated mystery on why a rollercoaster can’t make it to the end of the track! By the end of The Solve, students learn that both mass and potential energy have a huge effect on kinetic energy. (75 mins)

The Alleycats want make sure they win their upcoming bowling competition. To help, students design and conduct an investigation that tests the effect of mass on speed. (120 mins)

Student engineering teams use what they have learned about potential and kinetic energy to design and build the best rollercoaster model from simple materials, (150 mins)

MS-PS3-1
Construct and interpret graphical displays of data to describe the relationships of kinetic energy to the mass of an object and to the speed of an object. [Clarification Statement: Emphasis is on descriptive relationships between kinetic energy and mass separately from kinetic energy and speed. Examples could include riding a bicycle at different speeds, rolling different sizes of rocks downhill, and getting hit by a wiffle ball versus a tennis ball.]
MS-PS3-2
Develop a model to describe that when the arrangement of objects interacting at a distance changes, different amounts of potential energy are stored in the system. [Clarification Statement: Emphasis is on relative amounts of potential energy, not on calculations of potential energy. Examples of objects within systems interacting at varying distances could include: the Earth and either a roller coaster cart at varying positions on a hill or objects at varying heights on shelves, changing the direction/orientation of a magnet, and a balloon with static electrical charge being brought closer to a classmate’s hair. Examples of models could include representations, diagrams, pictures, and written descriptions of systems.] [Assessment Boundary: Assessment is limited to two objects and electric, magnetic, and gravitational interactions.]